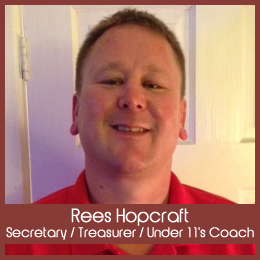 “If you want something done – ask a busy man” – so is the saying taught to me by the Crawley coaching legend Paddy HARMEY – and that busy man is me.

Save for a very short spell, I have been Secretary for the past 14 years.  I basically deal with the administrative running of the club, and am the ‘go to’ man for most non-coaching  matters.

I deal with boxers, coaches ,and officials registrations every season, call meetings for the committee to decide club policy, and minute and distribute the minutes of those meetings.

I liase with officials from Crawley Borough Council, who own the land our gym sits on, over issues such as rent and rates, and apply for funding and grants when the opportunities arise.

Around three years ago our long standing Treasurer Shirley Pearce resigned after more than 30 years loyal service, and I took over that role too – overseeing payments for equipment and services such as water and electric, as well as collecting and banking money from boxers subscriptions  which helps keep the club afloat.

It is also my role to organise club events, such as the annual dinner show. This involves working with officials from the Sussex Boxing Association,  organising trophies and prizes, selling tickets, promoting the event in the local media, making sure the ring gets there on time, down to liasing with staff from the venue and choosing the menu!!

My association with Crawley Boxing Club began in 1978 when I moved to Crawley with my family. I had around 80 amateur bouts for the club and reached the National Semi finals of the ABA Championships at both junior and senior, winning the Southern Counties titles on both occasions.  I have also represented the British Police.

I became the youngest qualified coach in the Southern Counties at age 19 in 1990 and after my boxing career ended qualified as a judge and referee. I am affiliated to the Sussex Boxing Association and was recently promoted to ‘B’ class referee which enables me to officiate at national championships.  I started running the first ‘baby class’ in the early 1990’s and can count future European champion Ben Jones as one of my early successes!! I still train the Under 11's on a Saturday morning when my busy shift work pattern allows.

I take pride in the fact that Crawley Boxing Club is a wholly voluntary not-for-profit organisation run completely by volunteers who do it for the love of the sport and to see young people better themselves. You can rest assured that when you come to our club, we have your best interests at heart, not your wallet!

I was proud to be asked to be ‘Team Manager’ when the club took a team to Cyprus to box in an international tournament, as well as taking Crawley teams to box in Malta and Germany. It is my ambition to see Crawley become one of the best clubs in the south – we already have the facilities to match!